July 26, 2019. Chinese oil and gas company Jereh has been contracted to build 10 liquefied natural gas (LNG) fueling stations in Russia, which is believed to be the biggest order for LNG fueling within the Russian market till now.

Jereh said it is going to provide integrated services for this project covering modular design, procurement, manufacture, as well as commissioning. Its total fueling capacity is estimated to reach 500 million liters per year, bolstering local LNG supply. The whole project will be delivered in this September and put into use a month later, in October, the company said.

For heavy truck owners, LNG is more affordable compared with diesel fuel by saving almost half of the cost. However, limited number of fueling stations in local areas has constrained the development of LNG industry.

In 2018, the Russian government decided to subsidize civilian-use of LNG with the aim to benefit both the local environment and natural gas export. Jereh expects market demand and government policy to spark a breaking-out LNG market in the near future. 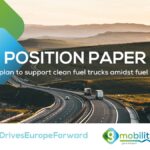 Madrid to use biomethane from Valdemingómez to move buses 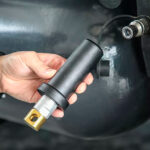